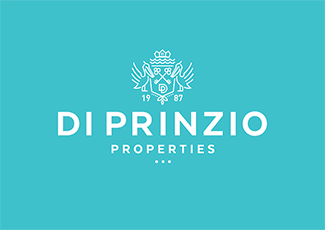 The City of Mandurah is Western Australia’s largest regional city and covers an area of 173.5km. It is home to more than 85,000 people with an average increase of 1500 new residents each year over the past five years. Between 2016 and 2036, the population for the City of Mandurah is forecast to increase by 36,778 persons (44.26% growth), at an average annual change of 1.85%.

Mandurah boasts a typical Mediterranean climate and relaxed coastal lifestyle which provides a unique work/life balance opportunity. Between the Indian Ocean, the expansive waterways of the Peel-Harvey Estuary and the lower reaches of the Serpentine River, this unique location boasts some of the best water based activity facilities in Western Australia.

Mandurah is a superb place to live and raise a family. It offers an exciting mix of residential developments, from family homes and modern apartments within new estates to luxurious homes nestled among canal waterways. Mandurah forms part of the Peel Region, located just one hour’s drive from Perth and lying between the metropolitan area and the South West Region. It is bordered by the Indian Ocean to the west, with Jarrah forests and farmlands of the Darling Range leading east to the bordering wheat belt.

Find out more about the people who live in the City of Mandurah, with statistics on age, education, housing, culture, income and more.

Mandurah named as one of the world’s most liveable cities

The City of Mandurah is a 2011 International Awards for Liveable Communities (LivCom) dual award winner.

The LivCom Awards, initiated in 1997 and endorsed by the United Nations Environment Program, is the only international competition judged on international best practice for managing the environment while improving residents' quality of life by creating 'liveable communities'. Participation in the Awards is an investment in the future of a community.

There are always things to see and do for you and your family, with many first class amenities and activities, including:

Selling and buying real estate can be daunting and choosing the right agent can be hard. Give us a call for a chat and some helpful advice regarding your property.

Subscribe to get the latest insider tips, market updates and access to the hottest deals as they come on the market.